Although Valerie Finnis did not live in Buckinghamshire, the Bucks Garden Trust has much to be indebted to her for. The Finnis Scott Foundation makes grants to horticultural and art history projects and was established in accordance with the will of Lady Montague Douglas Scott (Valerie Finnis) in 2006. The Research and Recording project has been fortunate to receive two of these grants during the last seven years.

By the age of five Valerie was showing an interest in gardening and was encouraged by her mother. From the age of 13 Valerie attended Hayes Court boarding school in Kent, where she suffered from homesickness and was given a garden plot to tend. She found consolation in gardening and her talent was nurtured by the head gardener and an enlightened headmistress. Hayes Court closed at the start of World War II and Valerie moved to Downe House School near Newbury. Here she made friends with a young gardener, Mary Young, who had trained under Miss Beatrix Havergal at Waterperry (just over the Bucks border in Oxon).

Valerie left school in 1942, and settled on a career in horticulture. She spent 28 years at Waterperry, first as a trainee gardener and then as a member of staff, and ran the Alpine department for many years. For much of this time she lived in a small flat at the top of Shotover House in nearby Wheatley, home of Colonel John Miller, the Queen’s Crown Equerry. From 1955 plant photography became a major interest and her images were soon appearing in books, adverts and on greetings cards. In 1961 she displayed photographs at Kodak’s head office and won an RHS gold medal for them. She also acquired an excellent reputation as a lecturer, judge and Alpine expert, and made several television appearances.

In July 1970 she surprised everyone by marrying the widower and retired diplomat Sir David Scott. David lived at the Dower House on the Boughton Estate in Northamptonshire which belonged to his cousin, the 8th Duke of Buccleuch (he famously told Valerie that he lived in a semi-detached house near Kettering!), and immediately after the wedding ceremony they were out in the garden weeding! Their years at Boughton were very happy: David actively gardened into his nineties, and died in 1986 just short of his 100th birthday.

In 1990 Valerie founded the Merlin Trust, named after David’s only son who had been killed in North Africa in 1941. It provides scholarships for young, aspiring, adventurous horticulturists, who have included Tom Hart Dyke. She had an active role in the RHS, was on several committees and visited the Chelsea Flower Show every year for more than 50 years.

‘Alongside the dungarees and digging Finnis, there existed a completely different Finnis, actressy, mischievous, a woman who adored gossip and outrageous hats. She joined the exclusive circle of People who keep Pugs. She knew most of the people who mattered in the gardening world and many of them were invited to the Dower House, where they were usually photographed and asked to write in one of her extraordinary scrapbooks’ (Anna Pavord). 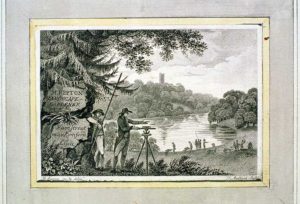 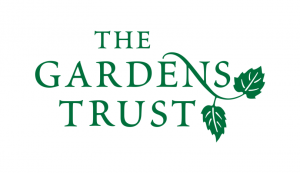 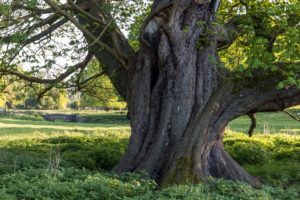