It won’t have escaped you that we celebrated the 300th anniversary of Lancelot Brown in 2016, many of us know him better as ‘Capability’ Brown. The event was a huge popular success and the results of much County Gardens Trust research can still be found by consulting the “Brown Advisor” blog . Why should we still celebrate Mr Brown in Bucks?

Buckinghamshire is where Lancelot ‘Capability’ Brown (1716–1783) established himself as a young man, both in his personal life and his professional reputation. The county has perhaps the largest number of landscapes worked on by Brown including some of the very first he was involved with, and some rank amongst the finest.

Early on, in 1739, Brown worked for Sir Richard Grenville at Wotton House (now raised to Grade I, Summer 2016) west of Aylesbury, and then moved to its larger sister establishment at Stowe (Grade I) in 1741, under Lord Cobham, where he stayed for 10 years and benefitted from the connections that Lord Cobham could offer him. While at Stowe he married Bridget Wayet of Lincolnshire on 22 November 1744 (we celebrated their anniversary at Stowe Church in 2016 too). The couple’s first four children were born there, and they lived in one of the Boycott Pavilions on the Oxford Drive.

Brown returned to the county throughout his career leaving a legacy of fine landscapes, many of which remain, some in really good condition, others less so. Brown is best remembered for changing landscapes on an immense scale, constructing not only gardens and parkland, but planting woods and building farms linked by carriage drives, or ‘ridings’, many miles from the main house.

Although his work is continually reassessed, every landscape gardener and landscape architect since, both in Britain and across the developed world, has been influenced in one way or another by Brown. Over two centuries have passed since his death, but such are the enduring qualities of his work that over 150 of the 260 or so landscapes with which he is associated remain worth seeing today. The images that Brown created are as deeply embedded in the English character as the paintings of Turner and the poetry of Wordsworth.

The 16 sites that Brown is known to have worked at in Bucks are: 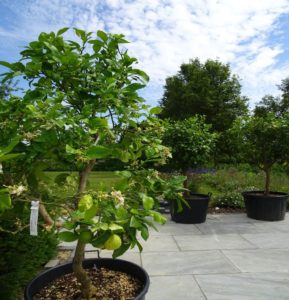 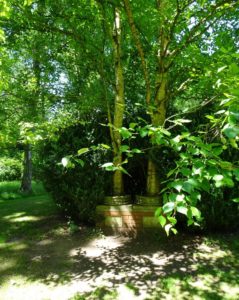