This volunteer project was inspired by research previously undertaken by Sarah Gray into the Buckinghamshire gardens of the wood engraver Clare Leighton and the painter John Nash. Given the proximity of the county to London, we realised that a considerable number of gardens survive that relate to other local artists, particularly from the early to mid-twentieth century. Images below  courtesy of Bucks County Museum

These included nationally renowned artists: Rex Whistler at Whitchurch, John Piper at Fawley Bottom near Henley, and Alexander Jamieson at Weston Turville. There were several artists’ colonies including at those at Hillesden, Pigots End near Speen (Eric Gill), Hawridge Windmill (Mark Gertler and Gilbert Cannan) and a group of women artists in Amersham. Paul and John Nash both feature as they grew up in Iver Heath, carried out their war commissions at Chalfont St Peter and then later John lived at Meadle near Princes Risborough. The abstract artist Ben Nicholson was born in Denham where his father William Nicholson had a cottage. He was also a successful artist and undoubtedly inspired by his garden as he painted still lives of flowers. The well-known botanical artist and explorer Margaret Mee grew up in Chesham. The American poster artist Edward McKnight Kauffer lived with his partner Marion Dorn, a textile artist, in the village of Turville. Many were polymaths, lending their hand to different applied arts, including ceramics, stained glass, textiles and book illustration. As the project has progressed many other names have been suggested and at the time of writing (April 2020) there are at least 30 on our list.

During their research and site visits the volunteers will address the following points:

The findings will be written up as short site dossiers, which will provide the material that can be summarised and analysed in the form of a book. This will include an introduction to the area in which they lived and were often inspired by, and what was happening at the time in the art world during the period they were active. A gazetteer entry for each artist will reflect the answers to the questions above. Illustrations of the artist’s work and volunteers’ photographs of the gardens will be included as far possible. The book will conclude with the legacy of these artists. Are there still artists who are inspired by their gardens living in Bucks? The success of the annual Bucks Art Week suggests that there are.

We are looking for sponsorship for the book publication; if you would like to contribute please contact Claire de Carle. 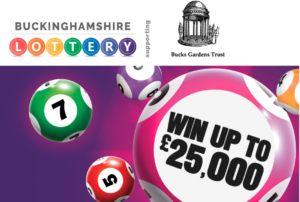 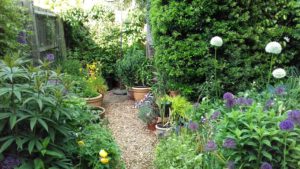 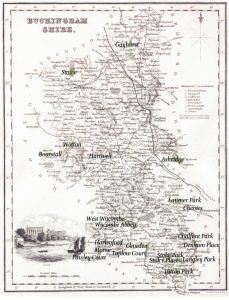